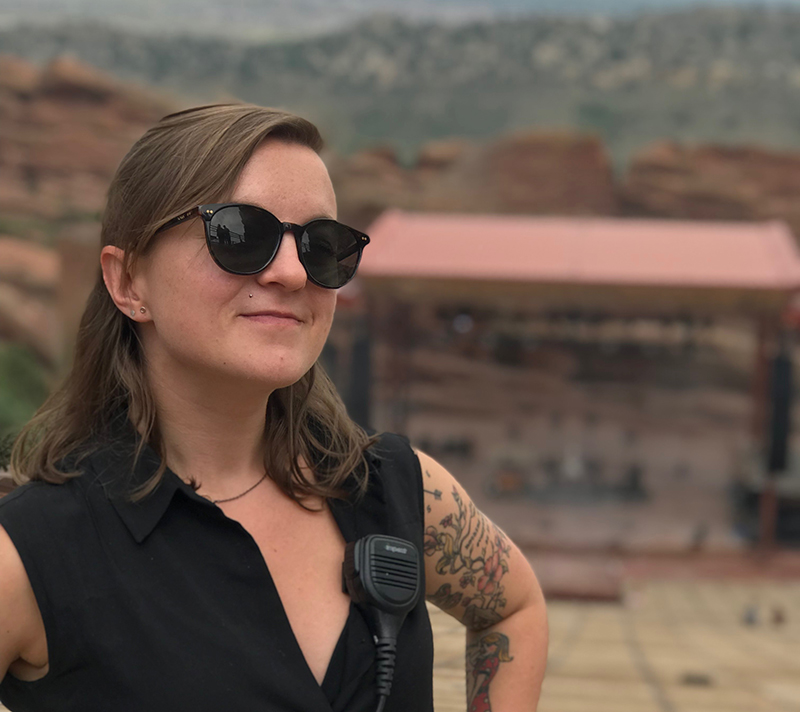 “I spend a lot of time on MasterTour between the desktop and phone app. It’s really helped to organize the tours I work on and seamlessly distribute the information to everyone that needs it. I think the best part is that it can adapt to any level of touring just by entering as much, or as little, information that’s necessary for the current run. Added bonus: they’re always open to recommendations from touring folks on what MT features would help us on the road. ”

Quick Bio: Tour Manager Ashley “PK” Mogayzel has worked on the road for years, helping bands like Deer Tick, Tweedy, WILCO, Knives, and I’m With Her produce some of the most electrifying and heralded rock shows out there. We were excited to sit down with her for a quick minute to discuss her early days and stan-out favorites of her touring life.

I’ll be out with I’m With Her in the US, Europe, and Australia until Wilco starts back up in June! I’ve never been to Australia before, so I’m pretty excited about that.

More info:
Ashley’s current project: I’m With Her
Sign up for a free: Master Tour Demo