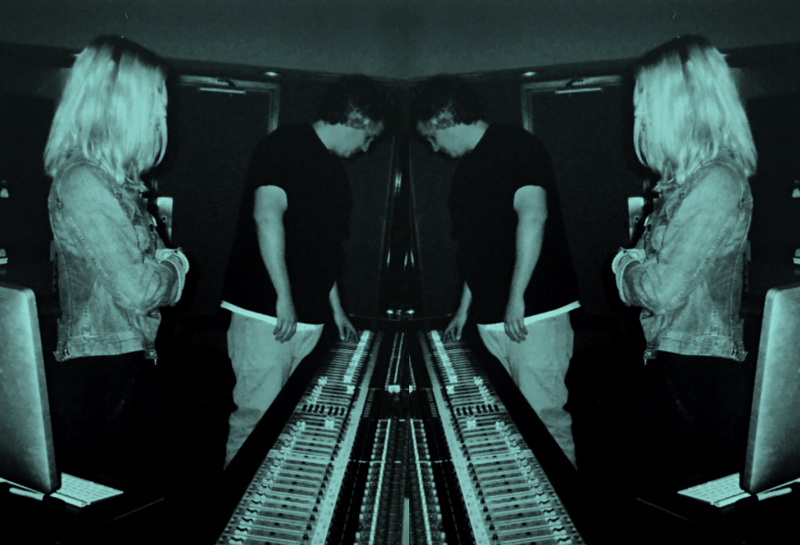 We’re excited to bring you an interview with Tour Manager Peyton Marek as part of our series on Master Tour users. Peyton has had a whirlwind year out on the road with the exciting & energetic band The Greeting Committe. We got a chance to check out the band as they opened this year’s Lollapalooza here in Chicago and got to discuss touring life, stories from the road, and Peyton’s unique perspective as a young TM in the industry.

Can you tell us how you got your start as a Tour Manager and a bit about the band that you’re out with?

I began doing day-to-day and TMing for a band called The Greeting Committee about a month before I graduated from high school last year. The band and I met in high school and decided to record their debut EP together in my basement. My dad and I engineered and produced the EP, along with our team at the band’s label, who I’m very lucky to get to work with on a daily basis.

The Greeting Committee is an alternative/rock band from Kansas City. As of today, two of the members are at the beginning of their senior year in high school. It is a blast working with each of them, our creative director, Hampton Williams and my co-manager, Lazlo Geiger.

Yours is a unique story of a young band getting quickly involved in pretty decent sized tours. Can you tell us a bit about how that all came about?

The band began because of a high school talent show and I have always desired to eventually become a producer because my parents have always had a band, so I’ve always been around music. We decided to record together, so it was a bunch of high schoolers recording music in a basement. We recorded live, so the sound is very raw – much like you are in a living room listening to the band play.

Quite honestly, I never knew exactly what an “artist manager” or “tour manager” was until I actually started doing both. I now feel like I learn best by doing and I love what I do.

What challenges have you guys faced due to being a younger band?

Oh my, there have been A LOT, but man, are they worth it! When I began TMing, I was 18, so we couldn’t (and still cannot) rent any vehicles in Missouri, which is where TGC is based. You have to be 25 to rent a large vehicle (frontal lobe isn’t fully-developed or something) and 21 for other vehicles, so 20 years-old does not cut it, unfortunately! Hotels haven’t been too big of an issue, as Hilton’s minimum check-in age is 18.

When we got our first more-lengthy tour, we had to figure out a way to accomplish it without parents driving us (and without parents worrying too much). TGC’s guitarist and I sat in his room for awhile figuring out how to book a U-Haul and calling hotels to figure out if we were able to check-in or not. My parents have been allowing us to use their van until the band purchases their own.

One time, we were playing a show in San Francisco and we had to stay in the green room until the band’s set. They wouldn’t let us leave! We look back and find it humorous now. The venue kicked us out after their set! A lot of the shows the band plays are, ironically, 18+ or 21+, in which case not all of the band members should even be allowed to get into their own show, so the band is really good about hanging out with fans before, who aren’t old enough to attend the show. Although we are all young, we like to embrace our age! We really love what we get to do and ending up in a new city almost everyday is fantastic.

How have other Tour Managers, Production Managers, etc. treated you guys while working with them?
The people we’ve gotten to work with have been phenomenal and extremely hospitable. The first tour manager I ever met was out with The Mowgli’s when TGC was supporting them on a one-off. He taught me a huge amount about what I do and I e-mail him if I ever have questions. I like to pick peoples’ brains, who have been in the industry longer than I have. I think it’s very important to have those people – mentors, who also become great friends.

I frequently get advancement e-mails saying “Wait, you mean, no one in your travelling party is 21!? Let me talk to my team and figure something out.”. Meeting new people we work with is one of my favorite parts of the job.

What do you think are the personal qualities a great tour manager requires?

I think a great tour manager should always be excited about everything. It’s easy to tell when someone is super passionate and psyched about what they do and I admire that quality very much. Being organized and timely are also huge factors. Always be punctual and always have extra strings, picks, tuners, sticks, etc. for when something goes wrong.

How has technology affected the way that you guys tour and how you specifically do your job?

Technology has helped out IMMENSELY on tour. This app has made my life much, much easier on the road. I used to make these gnarly Word documents and would e-mail them prior to tour. Now, entering all of the info on the Master Tour database saves me time and a phone call from the bands’ parents asking where their kid is going to be on Wednesday. The band and their parents all have Master Tour on their phones and they love it as much as I do (almost). Of course the most frequently used phrase is “it’s in Master Tour.”.

What feature do you use the most in Master Tour?

I really enjoy creating the itineraries! It’s nice having everything in one spot and being able to have all lodging, transportation, etc. information all right there. It’s very convenient to be able to click on an address and have it immediately open up in the Maps app.

What’s the best part of the job? What makes you love the road life?

There are too many good things. The people I’ve been lucky enough to meet on tour are now some of my good friends. I now talk to a friend I met on tour during every Monday Night RAW, Smackdown and PPV event because we both love wrestling! The greatest part about the people you meet is the support you have for each other- that’s very important to me.

Waking up in a new place everyday makes me feel very lucky because I learn to appreciate each city for what it is (and try every Asian food place there is). I truly LOVE what I get to do and hope to be doing it for a long time. I’m ecstatic to keep TMing and can’t wait to TM for other artists in the future!

The band I get to travel and work with is composed of my best friends. We know when to set the fun aside for a bit and focus on our work ethic; there is an excellent balance of the friendship and work that we go out of our ways to maintain. I’d do anything for them.

P.S. Try Charlie Was a Sinner in Philly and Boxer Ramen in Portland.